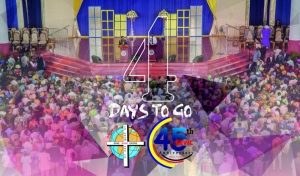 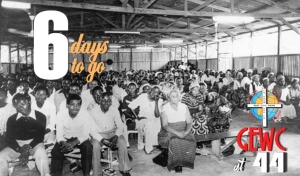 As mentioned before, after Geoffrey obeyed the call, the Lord led him not to Rivers State, but to Northern Nigeria where he sojourned for three years living in Birnin Kudu, Kano, Gumel and Wudil. His stay there could be likened to Paul‟s stay in the Arabian Desert.

GUMEL - LIFE AS A TEACHER

While he was in Kano, Geoffrey obtained a teaching job in the Government Teachers Training College now Advanced Teachers Training College), Gumel. A Muslim enclave in the far desert North of Nigeria, Gumel (now in Jigawa State) was next to Maigateri, a border town between Nigeria and Niger Republic. It was to this Northern wilderness that the Lord sent His servant. The Northern wilderness turned out to be a training ground for him just like Pa Elton had said. There the Lord appeared to him several times, teaching and preparing him for the great task ahead. He was a pioneer staff of the College, teaching English Language and Mathematics, the only Southerner and the only Christian there.

CONVERSIONS, MIRACLES, PERSECUTION
The presence of the Lord was mighty with him. He led many souls to the Lord especially Muslims, and God confirmed His word through signs and wonders. Anyone who came in contact with him was sure to be touched by God one way or the other. With his Muslim converts he started a home Church in his living room. Their first service was held on 28th February 1971, with seven converts in attendance. Founding the fellowship was not easy or smooth sailing. It required great faith and commitment. Eventually his persistence yielded fruit and he was able to have a stable fellowship, which grew steadily. As they grew in number, they decided to move into Gumel town itself. So on 20th June 1971, they held their maiden service in the Gumel Township. Some months later Geoffrey was transferred to Wudil (another wilderness town). But the Lord would never allow His Church to die. Not long after that, Bro. Ogundeji was transferred to Gumel T. T. C.! He now took charge of the young Fellowship. Eventually, Geoffrey handed over this Church to ECWA and it became their Gumel Branch. Many years later it became the Headquarters of ECWA in Jigawa State. The nucleus of this big Church was that home fellowship which Apostle Numbere started and handed over to them thirty-six years ago.

Geoffrey was busy serving the Lord and teaching his students when one day in July 1972, the Lord told him to leave the North for Rivers State, his home State, within the next two days. The day of departure was a sad day for all of them. Christian brethren, especially his converts, were there to see him off at the train station in Kano. It was like St. Paul’s final parting with the Ephesian brethren (Acts 20:36-38). They hugged and hugged him and wept and wept. And as the train moved, they waved and waved and sobbed and sobbed, many of them running alongside the platform until the train finally moved out of sight.