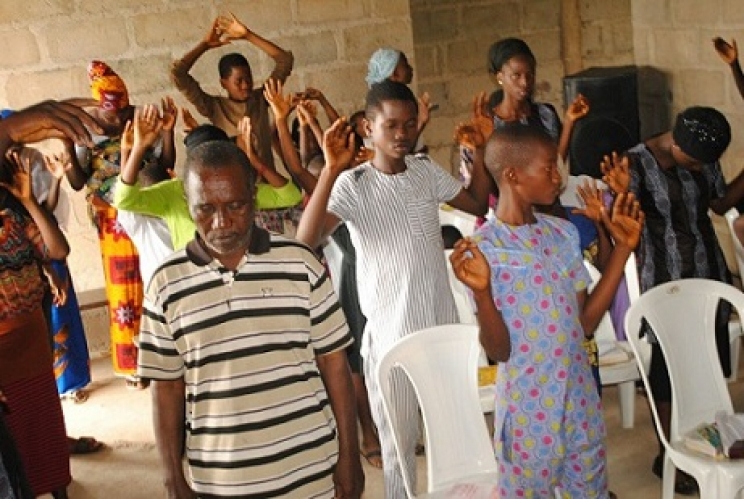 With great passion for the lost and in fulfillment of a part of the vision of the Ministry which is to raise the faces of men to look up to Jesus, the crusade held from Friday 8th July to Sunday 10th July 2016 with the theme: Setting the Captives Free.

The brethren in the church at Okene L.G.A prepared rigorously for the crusade as they embarked on a seven days fasting and prayers before the crusade. A brother who has been suffering from ulcer for some years made up his mind to take part in the fast, he fasted for the seven days but did not notice any symptom of ulcer at some point he even fasted for 3days without food. One week later, he still did not notice any symptom of ulcer; to the glory of the Lord, he received his healing.

On the first day of the crusade, during the midnight prayers, the anointing of the Holy Ghost filled the whole atmosphere so much that the brethren could not stand on their feet, pains disappeared, burdens were lifted and most importantly the prayer altars of the people were revived again.

Indeed God was in to set the captives free as He confirmed the words of His servants with signs and wonders. The sick were healed, a brother who had been believing God for the baptism of the Holy Ghost with the evidence of speaking in tongues received his gift and most importantly souls were won to the kingdom which is the greatest miracle of all. 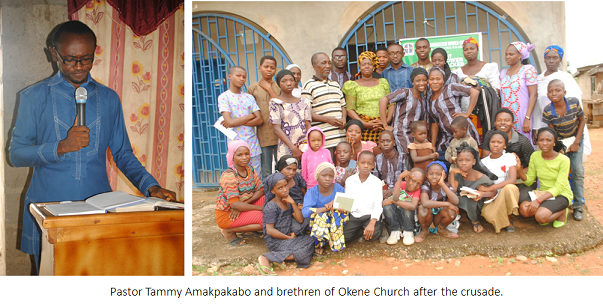