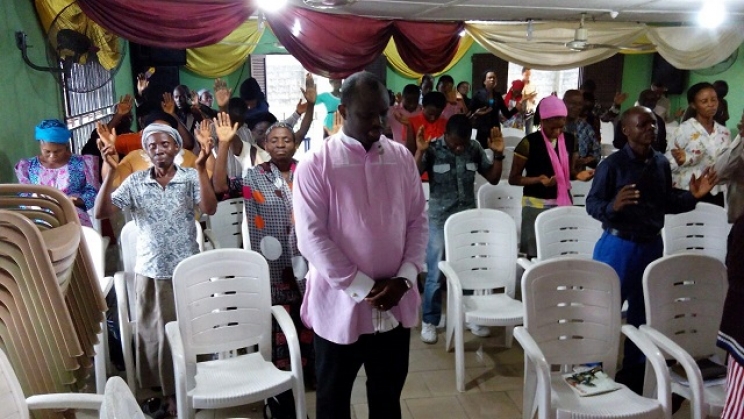 GEWC, Bori, Rivers State was the venue of the Missions Boot Camp which held on 9th July, 2016. Paying keen attention to the great commission which is the focus of this department, the Missions Boot Camp was organized yet again to further equip Christians and remind them of the task at hand. Bori, is a community in the Ogoni axis of Rivers State, and the Missions team decided to hold this bootcamp to bring it close to the people within and around this area.

There were three sessions and the several topics were covered on Missions. Teacher Honour Kanam who was the first speaker spoke on “Preparing for Missions and Soul Winning” where he emphasized the need to be ready and thoroughly equipped before launching out because the issue is not one to be taken lightly. The second section was handled by Pastor Sunny A. Akpan teaching on the issue of mobilizing men to do work. God needs men to who are willing and ready to this assignment.

While the last session was taken by Evangelist Victor Ejimadu, Chief Missions Coordinator, speaking on “Partnership in Mission Enterprise”. Speaking, he emphasized the necessity of partners in the kingdom business. Getting into partnership with the Most High is the best deal anyone can ever enjoy.

The program was indeed enlightening as all those in attendance were intensely taught and deeply encouraged to be more committed to this course and see God’s blessings manifest all round.