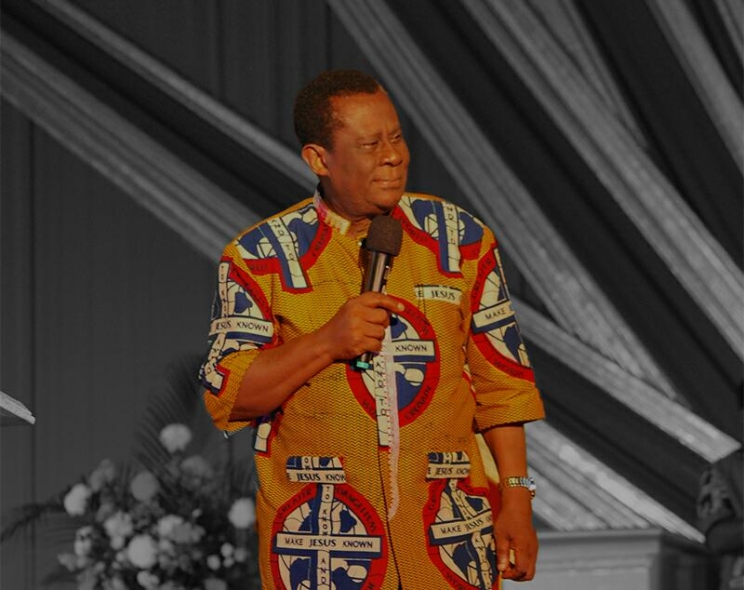 Geoffrey was busy serving the Lord and teaching his students (in Birnin Kudu, Kano, Gumel and Wudil) when one day in July 1972, the Lord told him to leave the North for Rivers State, his home State, within the next two days. The day of departure was a sad day for all of them. Christian brethren, especially his converts, were there to see him off at the train station in Kano. It was like St. Paul’s final parting with the Ephesian brethren (Acts 20:36-38). They hugged and hugged him and wept and wept. And as the train moved, they waved and waved and sobbed and sobbed, many of them running alongside the platform until the train finally moved out of sight.

Apostle Numbere does not and has never used orthodox methods in his approach to the things of God. Always depending on the Holy Spirit, he has many a time used unorthodox ways to reach out to souls. This in the early days of his Christian life and ministry used to bring a lot of condemnation from the Christians of those days who lacked understanding as to the move of the Holy Spirit. That was Geoffrey Numbere, the soul-winner. He has always placed a premium on the salvation of the souls of men, for the value of a soul is the Blood of the Son of God.

It was in that same manner that he started his Mission, when in 1972 he came down to Rivers State. He did not seek for any known conventional system in order to spread the gospel. Initially most of his preaching engagements were on invitations by a few Christians here and there to minister in Secondary Schools and sometimes in the Scripture Union where he used to attend fellowship.

But his fiery zeal could not be contained by mere preaching engagements. He decided to strike out to the field. He did not seek for any rich man to sponsor his Ministry. Since his people had kicked him out to the streets, the streets became his first mission field. He cared not for earthly possessions or achievements. The only possessions he had in this world were a T-shirt, a pair of trousers, a pair of slippers or shoes and a raffia bag containing his Bible and tracts and they were all on him! He did not have any source of income, nor did he know where his next meal would come from. But these things did not bother him. He had the call, he had the vision, but he believed that “Having a vision is not enough; there must be a commitment to act on the vision - A MISSION.” He had therefore come to Rivers State with a Mission, the Mission to raise up the faces of men and women in Rivers State to look up to Jesus to receive eternal life like he had been told in the vision.

He was so consumed with zeal and so committed to his Mission that he wanted everything in him including his very clothes to preach the gospel. He therefore got an artist to inscribe the words, “JESUS IS LOVE” and “REPENT” on the front and back of his T-shirt respectively. In his scanty outfit and with his raffia bag slung over a shoulder, he struck out to the streets of Port Harcourt preaching the gospel with great passion. He would stand at street corners, or in car parks, bus stops (stations), market places, or by public buildings such as civil service secretariats and banks, and compassion would grip his heart at the sight of multitudes of people moving about in those places. He would begin to cry as he realized that many of those people were going to a Christ-less eternity. He would, with tears in his eyes, tell them about Jesus Christ, His love for mankind and their need to be saved.

You can imagine what a spectacle he must have been with his poor dressing, his tearful face and his “strange message” of being “born-again.” As should be expected, many rebuffed him or simply ignored him, for whoever saw a man, an African man for that matter, weeping publicly? “Men do not weep” is a common saying and belief here. And for what purpose was he weeping? Not that he was weeping because he had lost one dear to him but he was weeping because he wanted people to repent. Wherever had it been preached before that salvation was through Jesus Christ and Him alone? And what kind of young man was this, that instead of going to school or finding himself some gainful employment, he was spending his time weeping and preaching to people to repent from their sins?. “He must be mad”, many conjectured. Some looked at the “mad” young man with pity, thinking that his enemies must have bewitched him “What a pity” they said, “Such a handsome young man! Who must have done this to him?” They queried.

In spite of all these reactions, a few, mostly teenagers believed his “strange” message and joined him, for there was a sincerity and intensity in his eyes, which could not be easily ignored. Also a few Scripture Union members left the Scripture Union (SU) and joined him. They testified that it was his sincerity coupled with the leadership quality they had noticed in him even at that early stage that had attracted them. Naturally, a number of SU members were angry with him over this development, but some later came to understand and accept his call.

During the 1975 Conference, the Holy Spirit revealed independently to Bishop Reeves and Apostle Kayo that the Lord had given Greater Evangelism a world-wide scope and that the Ministry should not be confined to Nigeria alone. On Sunday 15th of April, 1975 (the last day of the Conference) during a joint meeting of the Board of Directors and Council of Elders, these two men of God still led by the Holy Ghost, moved a motion that there be a change of name to reflect the world-wide scope of this ministry. It was like the Council in Jerusalem of the first Century Church replayed. The joint council, having confirmed that indeed this motion was of God passed the resolution. By this resolution, the name, “Greater Evangelism (Nigeria) Crusade was changed to “Greater Evangelism World Crusade” and the Director of the Ministry became officially recognized as the International Director of the Ministry of Greater Evangelism World Crusade.

Culled from "A Man and A Vision" by Nonyem E. Numbere. For inquiries, visit our bookshop.

More in this category: « GEWC Teens Conference holds in all State Headquarters. 4 years on: Forever in our hearts (15th October 2014) »
back to top