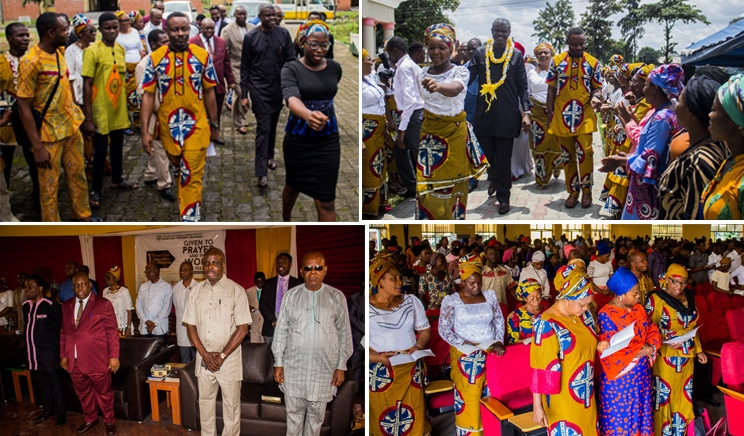 The Annual Teenagers Conference of Greater Evangelism World Crusade took place from August 20th to 27th 2018 with the Theme: “Given to Prayer and the Word as Teens” (Acts 6:4).

The 2018 Conference was special. For the first time, was held at State levels due to the growing number of attendees. Each State venue was packed out with over 500 teens in attendance. It was an awesome time.  There were Seminars on topics like ICT, Dealing with Sexual harassment, breaking the circles of addictions; workshops such as My Health, my responsibility, Teens Empowerment and several talks on Prayer. The teens also had time to study the Bible in Bible Study sessions and their physical health was given attention via sports and endurance treks.

The Overseer of the Children/Teens Department, Pastor Dr. Mrs. N. E Numbere was ably represented by the wife of the International Director, Pastor Mrs. Blessing Olori.

Pastor Isaac Olori, the International Director, GEWC, visited some of the venues and in his address to the teens, spoke on Samuel who was given to God as a child. He said it was interesting to note even though Samuel was not part of the decision to have him dedicated to God, as he grew up, he grew up with that commitment and did not draw back. The same can be said of most teens, dedicated to God as infants by your parents without consulting you. Summarily, he said, these teens could be called “Samuel”. 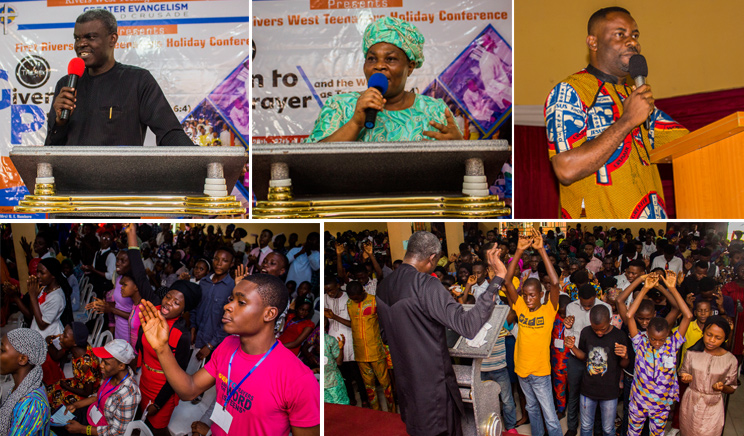 As soon as Samuel was weaned, he was left in God’s temple and even as a child, he ministered before the Lord. Samuel understood his parents meant well by giving him over to God. The greatest gift your parents can give you is not your education, but directing you in the way of the Lord.  You must value this as every other thing about your life will be hinged on your foundation or relationship with God. Samuel served God even as a child, therefore do not think you are too young to serve, Samuel was younger than you.  Stir up the passion for God now, otherwise there is the danger that things could go wrong in your life.

The passion for God should drive you, as a teen. Look for areas to minister before the Lord. One of the primary areas is Prayer and the Word. This is an internal ministry, it is fellowship with God where you develop personal intimacy with the Lord. God is interested in you. Leave this conference desiring God’s fellowship.

The enemy is diverting people from the way of God but if your foundation is solid, built on prayer and the word, you will not be an instrument in the hand of the enemy.

Be addicted to prayer and God’s word. As young people, almost every day, you are on social media, it is a form of addiction. In the same way, you can get addicted to prayer and God’s word where you feel incomplete when you have not prayed or read God’s word. That is the level we want you to attain.  I want you to challenge yourself and say, ‘If Samuel as a child, ministered before the Lord, I too, can minister before the Lord and be His instrument’.

Samuel was singled out in a generation of corrupt and wicked people. Even Eli’s sons were corrupt, yet they could not influence Samuel. As Samuel grew before the Lord, his own testimony was different. May your testimony be different. What will make that difference is that you grow before the Lord. Set the Lord always before you by studying God’s word and praying. 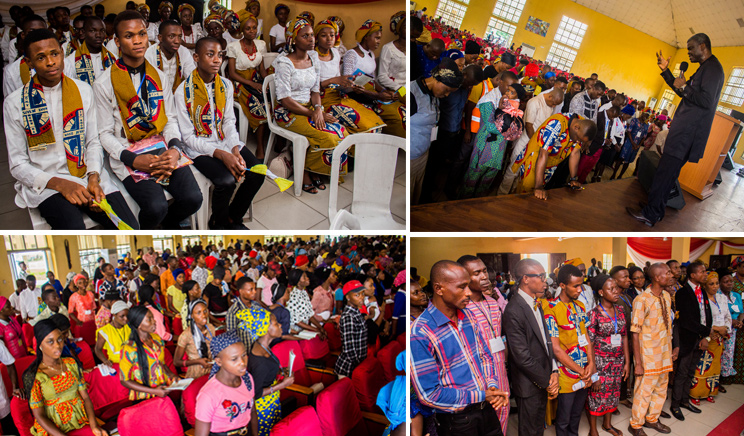 As Samuel grew both physically and spiritually, the favor of the Lord, rested on him. When you grow before the Lord, you will find favor. Learn to cultivate God’s presence. Grow in intimacy and remain in intimacy with God.

As Samuel grew, the Lord was with him. It implies, God is not with everyone. I pray that you decide that as you grow, the Lord will be with you. Samuel had the evidence that God was with him - his words carried God’s power and came to pass.

Concluding, Pastor Isaac Olori said, ‘Keeping God’s word will add to you long life and peace. The secret of finding favor before God and men is to keep God’s word (Proverbs 3:1 – 4). He prayed for teenagers surrendering to Christ and for all the teens of the ministry.

This is my story! (Apostle Geoffre...