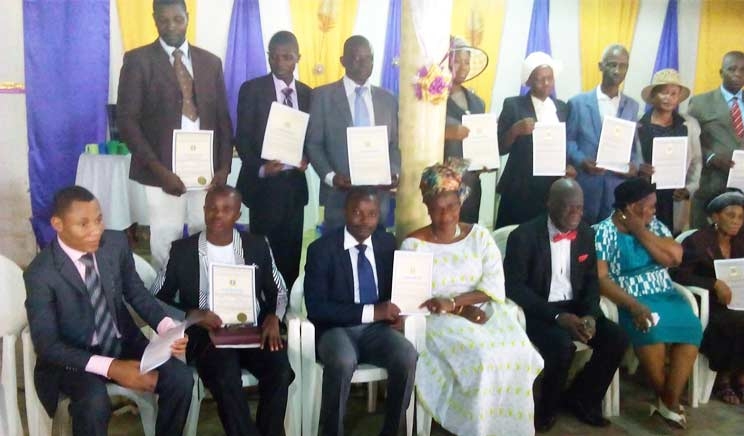 Our God has a reputation for keeping to His promises. True to His promise to our father, Apostle Numbere of blessed memory, He has indeed, brought men and women who would see to the fulfillment of this vision.

This promise has found fulfillment in a thousand and one ways, the most recent being the ordination of ministers by the Regional minister GEWC, East and Central Africa/Benin Republic, Evang Y.D Biliyock as mandated by the International Director, Pastor Isaac Olori at the Chapel of solution, GEWC Parakou. The ordination, which took place on the 3rd of April 2016, added 14 new members, comprising of 8 Elders and 6 Pastors to the Elders and Ministers forum respectively. The names of those ordained are as follows: 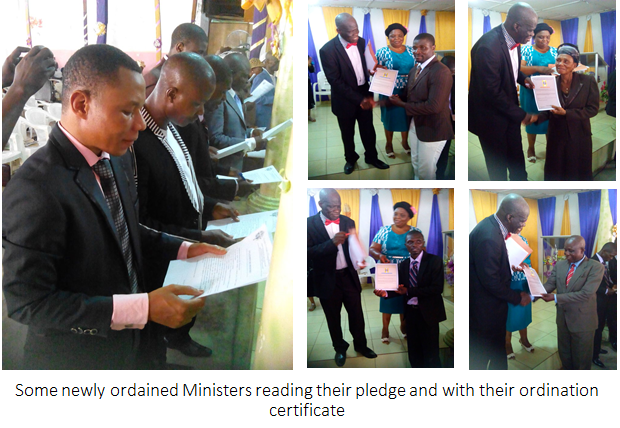 The ordination was graced by ministers from other ministries some of which are; Pastor Kposoun Nongnisse Christophe, Founder and G.O. of Christ into the World Church, Habounou Coffi Crepin, Ministry Triumphant, Pastor Chinedu Okore, Presbyterian Church, other dignitaries as well as the relatives and well-wishers of the ordainees.

Not only has God provided men for the work, He also deemed it fit to add to the body of Christ as 15 souls gave their lives over to Christ in the course of the service.

The Church in Benin Republic is alive with activities as prior to this, there was a mass marriage blessing ceremony for those whose marriages had not been blessed. This was on the directive of the International director – Pastor Isaac Olori during the 2015 International Ministers Conference. Seven of the marriage blessings held on the 2nd of April 2016, Parakou church, while the 8th one held one the 24th of March 2016 in Kotonou, all officiated by Evang Y.D Biliyock.

Without controversy, we can see that the work is growing and the Church of God is marching on. Praise God!

More in this category: « This month in History - May 1969 GEWC International Women Conference 2016 »
back to top