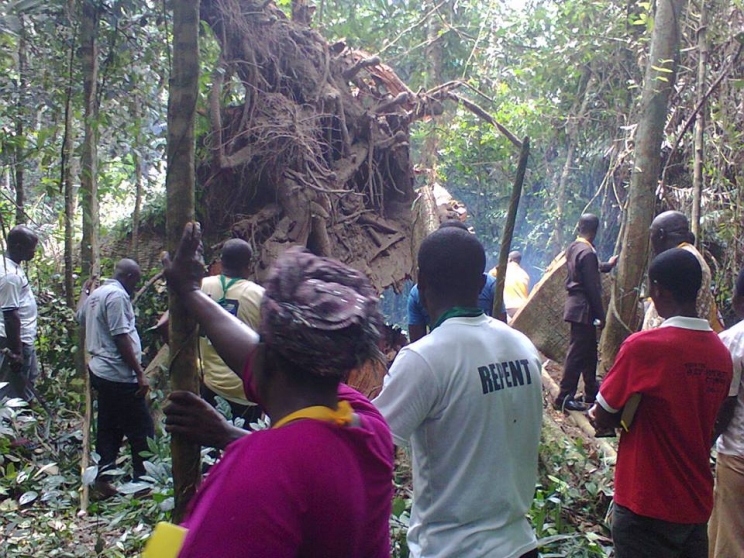 Akassa is a settlement at the southernmost tip of Nigeria in Bayelsa State where the Nun River estuary meets the Atlantic Ocean. In the heart of the Niger Delta, habitation in the general region is sandwiched between salt water and the brackish water of mangrove swamps.

Lead by the State Minister of Bayelsa East, Pastor Lemech Ivifiwoh and his Deputy Pastor Ogilizibe Sumbiri, the team took off from Tuesday, 14th – Sunday 19th April 2016. Three Communities were crusaded, Bara-ama, Opu-kumbiri and Akpamo-ama Communities respectively.   The trip to Akassa took about two hours drive on Speedboat from Yenagoa to Akassa Konghon and a further 25 minutes drive on road to get to the Crusade ground.

The Crusade was successful despite the bad weather. There was an unprecedented move of God’s power toward saving souls, as about 25 people gave their life to Jesus Christ. Deliverance and Healing took place in the course of the Crusade. Note worthy was the deliverance from witchcraft as the age-long witchcraft trees were cut down by the team members through the help of the Holy Spirit as the people surrendered to Christ. 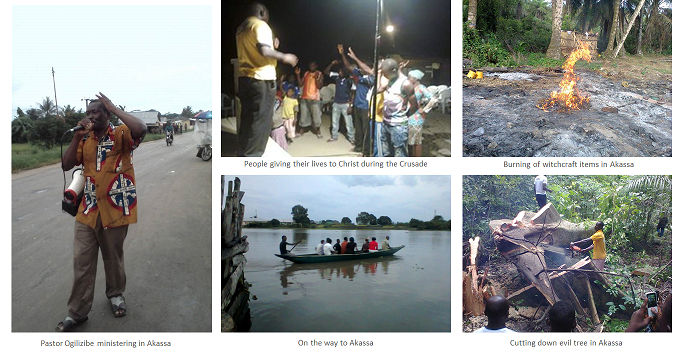 On their way back from the crusade, the team were captured by robbers. Recounting the experience the Zonal Minister, Pastor Ogilizibe said,

"When returning from the crusade outing, the team encountered men of the under World called Sea Pirates. They took our boat into a creek where we saw other boats that had been robbed by the same  gang.  We were asked to bring the money, but we replied, that we were missionaries, returning from preaching the gospel. They insisted saying, "what about the offerings collected during the programme?" We replied that it was the gospel we went for, not the money. In the process of interrogation, we showed them the Ministry’s publications, our Sunday School booklet that has the face of our founding father, Apostle G. D.    Numbere. When they saw it, they were weak and said that it was not their fault that they were involved in such a dirty business, that it was because of the situation of the country.

They requested for a copy of the Sunday School Booklet, which we gave to them, and they demanded that the team prayed for them. At this point, the State Minister Pastor Lemech Ivifiwol and Brother  Jorden Otobo prayed respectively, and we were asked to leave without being harmed, with our properties also intact".

We give God praise for the deliverance and a successful crusade. Three Churches were planted. They include: